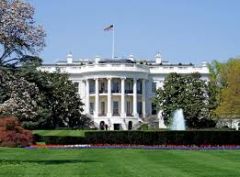 We believe it is overly obvious where the resistance is coming from and at what intensity level. It is not the intention of The Contemplative Thinker to bombard President Barack Obama, but hey, if it is something he is doing — and it is in this case — “The White House issued a formal veto threat Tuesday morning…”

This is precisely the demeanor coming from the POTUS throughout his entire administration, and for far too long. It has long been asserted with accompanied proof that Mr. Barack Obama does not even try to work with Congress.

Watch this fruity thinkers’ “Turn of the Tide” when it is something — like the continued spending for entitlement programs — or as a matter of Obama’s wanton pleasure with racking up more national debt — when he is the “Mr. Nice Guy.”

However, let me ask anyone this question: “What is wrong with this person when promoting amnesty upwards of 10 million people plus giving all criminals on the inside of the Big House Pell Grants and federally insured student loans, as well as continuing to have Internal Revenue Service mistakes upwards of $6 billion mistakenly awarded to criminals?”

All of this is a fine result of this man acting in tyrannical fashion — acting as judge, jury and executioner. Where does this person get the bolas to say who will be arrested or that the IRS matter was done at no disservice to the American people? All this and much, much more coming from the person who most likely set up the entire IRS works in the first place. But wait… Obama says, “the IRS has done nothing wrong…not even a smidgen’s worth.”

But GOP backers cast the legislation as a critical first step toward reining in the exploding,

“Sanctuary cities and the associated violent crimes by illegal immigrants are reaching a critical point, and we cannot wait any longer to take action to protect Americans here at home,” sponsor Sen. David Vitter, R-La., said in a statement.

The bill was considered months after a young woman’s murder in San Francisco allegedly at the hands of an illegal immigrant touched off a national debate over immigration law.

Vitter had urged colleagues to “remember Kate Steinle’s vicious murder and the tens of thousands of crimes committed by illegal immigrants within our borders.” 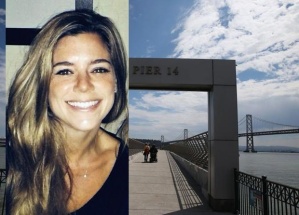 Steinle, 32, was killed while walking with her dad along a San Francisco pier. The suspect, Juan Francisco Lopez-Sanchez, had a felony record and had been deported five times — but despite a federal immigration detainer request, the city sheriff released him once an old marijuana charge was dropped.

San Francisco is among hundreds of so-called sanctuary cities that do not cooperate fully with federal immigration officials whatsoever.

The White House, though, claimed in a written statement that the bill “fails to offer comprehensive reforms needed to fix the Nation’s broken immigration laws and undermines current Administration efforts to remove the most dangerous convicted criminals and to work collaboratively with State and local law enforcement agencies.”

This is of course not even close to the truth and Obama’s administration is counting on mental weakness to hide behind these claims.

The legislation would have made it illegal for local governments to ignore immigration-related detainers — federal requests to notify them before releasing an illegal immigrant so they can take custody — and to bar local officials from sharing immigration information with federal agents.

The bill called for withholding certain federal funding to any local governments that flout the policy.

In advance of the vote, Senate Democratic Leader Harry Reid said on the floor:
“This vile legislation might as well be called ‘The Donald Trump Act.’ Like the disgusting and outrageous language championed by Donald Trump, this legislation paints all immigrants as ‘criminals and rapists.'”

As Congress stalled on the sanctuary city matter, some state governments already are taking action. North Carolina lawmakers recently voted to make their state the first prohibiting such policies at the local government level. Our question remains — let his “legacy” show that nothing outside of his own personal desires has been done to fix non-legislation; furthermore, let the record show that upwards of seven years has passed by with the president’s continued lack of sound or even good leadership or made even a fair decision on immigration reform.