This organization is completely ineffective and should be taken out of the budget.

There’s something happening here, what it is ain’t exactly clear…There’s a man from the IRS over here, and a man from the SSA with gun over there, people representing the INS over there, Inspector General’s from the Treasury Department sitting on their razes doing nothing, and Good Lord Almighty beware! Think it’s time to stop hey what’s that sound, everybody look what is going around.

When one takes the time to read these two writings vis-a-vie the Internal Revenue Service (IRS) and their mixed bag of legislation and mismanagement of funds while at the same time look how the Treasury Department does not do squat about it; consequently, the Department of Homeland Security who is placing individuals on administrative leave with pay, by the way that is where the Immigration and Naturalization Service landed. 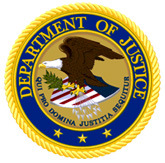 Let’s face it — we are living in a country where the blind (and elite) in every department, are leading the other blind around. Think about these misnomers: Has there ever been a resolve regarding the IRS from investigating and withholding tax preferred status against organizations that may or may not be conservative? Has there ever been a resolve regarding the attack on Benghazi Libya? Anyone hear anything on Bowe Bergdahl? How about the family of Brian Terry, a brave Customs and Border Patrol agent that just happened to be killed by a weapon involved with Fast & Furious? I need an answer to why is the F.B.I. taking so long to issue an indictment to Hillary Rodham Clinton? And predicated upon these last two writings what hasn’t the Secretary of Homeland Security, Jeh Johnson, done anything to create some checks and balances within his organization?