President Trump is considering designating Venezuela as a state sponsor of terrorism, in an effort to push the socialist government to the brink of capitulation, a report said.

Along with Cuba and Honduras, it is knowing the combined history including Venezuela’s reasonably certain past that has many people concerned.

I will be brief here insofar as the complete histories are very much current reading and material is fully open to the public as is an encyclopedia website.

Venezuela, which has been facing a humanitarian crisis stemming from a collapsing economy and state repression, would be added to the U.S. list of state sponsors of terrorism for providing “support for acts of international terrorism,” the Washington Post reported.

The countries already on the list are Iran, North Korea, Sudan, and Syria.

Republicans have long pushed the White House to designate the country as a sponsor of terrorism, accusing the Venezuelan government of having ties to terror groups such as Lebanese Hezbollah the Revolutionary Armed Forces of Colombia, or FARC, and other groups, according to the Post.

But others warn against the move, suggesting such designation would raise questions about the U.S. list’s credibility as the evidence of Venezuela’s ties to terror groups is insufficient.

In addition, the designation would also help the Nicolás Maduro government to blame the country’s woes on the U.S., as he has done in the past.

Florida Sen. Marco Rubio spearheaded the effort to designate Venezuela as a sponsor of terrorism and demanded the Trump administration to take a tough stance against the regime. 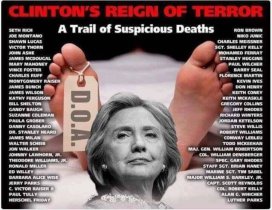 She stated her visits to the area was for “Woman’s Rights” yet most know the real reasons!

government, including the first lady, the defense minister, vice president, and another top official. The U.S. government accused them of helping Maduro to “plunder” the country’s resources.

The Trump administration insisted that further sanctions may follow, potentially boycotting the purchase of Venezuelan oil, the last remaining sources of income to the socialist regime. The U.S. is the largest buyer of the country’s oil.

The designation would limit the U.S. assistance to the country and ban financial transactions with the country.

This would come as Venezuela is combatting with hyperinflation and humanitarian crisis due to shortages of basic needs.

The first challenge to the powerful new army came from the Contras, groups of Somoza’s National Guard who had fled to Honduras. The Contras were soon under the control of Nicaraguan business elites who opposed Sandinista policies to seize their assets. The Contra chain of command included some ex-National Guardsmen, including Contra founder and commander Enrique Bermúdez and others. One prominent Contra commander, however, was ex-Sandinista hero Edén Pastora, aka “Commadante Zero,” who rejected the Leninist orientation of his fellow comandantes.

With the election of Ronald Reagan in 1980, relations between the United States and the Sandinista regime became an active front in the Cold War. The Reagan administration insisted on the “Communist threat” posed by the Sandinistas—reacting particularly to the support provided to the Sandinistas by Cuban president Fidel Castro, by the Sandinistas’ close military relations with the Soviets and Cubans, but also furthering the Reagan administration’s desire to protect U.S. interests in the region, which were threatened by the policies of the Sandinista government. The United States quickly suspended aid to Nicaragua and expanded the supply of arms and training to the Contra in neighboring Honduras, as well as allied groups based to the south in Costa Rica. President Reagan called the Contras “the moral equivalent of our founding fathers.”