About Accountability and Culpability

About Accountability and Culpability

This ostensible writing intends on asking questions of our Congressional staff predicated upon newer and newly released information from the State Department (SD) and the Department of Homeland Security (DHS) with regards to some of the newer immigration “understandings” now that this topic has caused so much misery, controversy, and chaos for the first 20 years or so of this century.

I wish that every reader of this article feel or to be made as comfortable as possible insofar as some of the questions asked are going to be aimed at why does immigration have to be so distasteful?

For the first part, I believe that the notion of immigration is viewed by individuals in this country as a bad scheme of arrangement. Furthermore, I also have the belief that the views of immigration depending on the geographic area where individuals live is certainly different than what those “lawmakers” that are in Washington D. C.

Having stated that it has become very apparent to me that politics – money, privileges, honor, working history, and the mere fact that someone “made it” has an imminent role in receiving one’s wish.

Furthermore, after years of scholarship, I have come to believe that it is not really a matter of what the general public wants or needs, the matters behind immigration as mentioned above are the real case barriers. 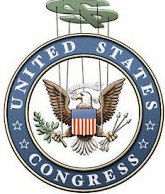 Examples: Talk to most in the Southern California area where the margins of migrants are razor sharp and it goes something along these lines. In the eastern portion of LA, Pasadena, Alhambra, Glendale, Covina(s), have the highest rate of Chinese immigrants in the nation. Then again, running a little south say to Orange County, in particular, Garden Grove, Costa Mesa, Fountain Valley have the highest rates of Vietnamese, Laotian (people from Laos). Moving from San Diego upwards to Sacramento has the highest density of people from Mexico and Central America living there.

Now if you thought that this was the extent of it – allow me, to give you an up brief. The states of Oregon and Washington are experiencing their difficulties as well with illegal immigrants as well. Oregon has active sawmills running 24/7 and a huge problem with those immigrant students here on student visas. When Washington comes to mind I am reminded of the crisp red and green apples that sweeten the air. Yet, albeit for the industries may they be big or small there will always be an illegal immigrant there.

Well just about my readership knows that I am a true Westerner and was born and spent half my life out West we should all remember what’s going on in Arizona, Texas, New Mexico, Michigan, Ohio, well if you don’t mind, the entire nation of the USA.

Historians estimate that fewer than 1 million immigrants moved to the United States from Europe between 1600 and 1799. By comparison, in the first federal census, in 1790, the population of the United States was enumerated to be 3,929,214. The 1790 Act limited naturalization to “free white persons”; it was expanded to include blacks in the 1860s and Asians in the 1950s. In the early years of the United States, immigration was fewer than 8,000 people a year including French refugees from the slave revolt in Haiti. After 1820, immigration gradually increased. From 1836 to 1914, over 30 million Europeans migrated to the United States. The death rate on these transatlantic voyages was high, during which one in seven travelers died. In 1875, the nation passed its first immigration law, the Page Act of 1875.

Speaking of which, the Page Act was put in place to limit those individuals from communist countries from the USA. Russia, China, Vietnam, certain blocks of Eastern Europe and much of the island chains of Malaysia and the southern Pacific Ocean.

Consequently, I was just looking at a map of where the Diversity Lottery immigrants have come from and from start to finish the number one nation is Russia.