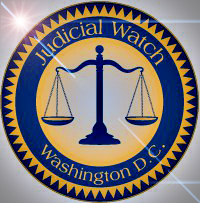 Judicial Watch filed a FOIA lawsuit with DOJ for any and all memos that might’ve been written by fired FBI Director James Comey on any conversations with Barack Obama, Joe Biden, Hillary Clinton, Sen. Chuck Schumer, Rep. Nancy Pelosi, or Sen. John McCain.

There can be no conceivable way to underscore what the agency of Judicial Watch has done for this country. I firmly believe that the organization as a whole should be up for anything Nobel Prize-worthy or certainly one of this nation’s highest civilian decorations like The American Freedom Medal and so on.

Judicial Watch is one of those smaller, “in the best interest,” for our national advocacy groups that do the little things – like filing Freedom of Information Acts (FIOA) for information that somehow lies in the public record written or exchanged by public officials in the employment of our government.

Freedom of Information Act (FOIA) has provided the public the right to request access to records from any federal agency. It is often described as the law that keeps citizens in the know about their government.

Now then, and I am positive that this is what Judicial Watch is doing; filing the action, getting understated documents, knowing what government employees are doing – for our good by keeping in the know about our own government and what they are doing.

This is what I feel and why. Judicial Watch is what I liken to a God-send. I wish to tell most individuals that I run into on a daily basis that the nation’s founding documents were written so that we would be informed or at the very least have the information to acquaint ourselves with. Although, I am a person and I understand what some people mean by understanding.

One of the biggest hurdles that we, as citizens of the US face is the knowing what it is that people in powerful positions are doing and for what and to whom.

Inasmuch as the sweeping data now in circulation compliments of Judicial Watch, I do not think I would be a viable candidate if we ever convened a jury against Hillary Clinton and her acts of criminal negligence; or, for that matter, James B. Comey, especially Joe Biden, Nancy Pelosi, or any member of the Obama family.

The innermost of all chaos is knowing that the Founders and Framers of our government wanted us to police those who were elected and especially those who have not been elected although they are in an altruistic position. The wanted us to oust those individuals who undisputedly have done us wrong. But what are we doing? NOTHING! People in this country seem to go easy on the lawbreakers and condemn those who are giving their all to assist us in becoming a better nation.