It is about lying!

It is about lying! 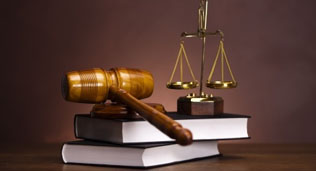 Unfortunately, that is what this “fake news” and real mainstream media news is all about coming out of our nation’s capital. It very much seems to me that if a person in the form of a journalist should be representing the famous White House Press Corps., one would think that they be of the highest dignity and honorability rates around. But as you and me well-know that this simply is not the case anymore.

The international and especially the national political news is being reported by individuals that I wouldn’t invite into my home. The news rundown since 2016 has turned into the “listen to what I’ve got” versus the other sides “you’re not going to believe this one…” episode of nightly, moreover, of Sunday news shows.

As for today, everyone with a pulse in the markets was waiting for President Trump’s economic report with the latest gross national product (GNP) report, hence waiting to see how much that index has grown to make a reliable assessment on how our nation’s

economy is doing. But wait – we also have the obstructionist views of some forgone Playmate of the Month trying to gain attention for her public lawsuit that may or may not involve the president. Well heck, why don’t we just toss in the latest rubbish from Michael Cohen and the Russian attorney baiting to hear the “dirt” he has on Hillary Clinton. Whoa! Could it possibly be worse than selling a huge percent of our Uranium reserves to Russia?

Well, by the time they get to Robert Mueller, the Special Prosecutor, or Special Counsel hired by Congress to look into these deals allow me please to ask a question.

Doesn’t common sense indicate that if anyone were to be investigating something against any person, that over time they are going to find something this person allegedly did wrong? Well, Mr. Robert Mueller has been on top of the Trump family and all given associates to the family since day one of his presidency. Stop and think about the cost, which Mueller and or his staff is not divulging insofar as it is well over roughly 10 million dollars ($10,000,000.00).

Off all things that irritate me the most, when White House Press Media Corps., are allowed into whatever room or wing of the White House where our President and a foreign head of state have concluded a meeting and like banshees, these people are screaming questions over each other; does anyone expect an answer? Off all the things that irritate me, for this month it has got to be Chris Wallace of Fox News with his “look at this [indictment]” while shoving the paperwork into Vladimir Putin’s face. Sickening.

Now, not 15-minutes ago I heard him say about lying; well, “lying to the New York Times is one thing, yet lying to the nation (by Cohen) is quite another.” There you have it, folks! Fox News reveres the steps Chris Wallace walks on and literally hang on his every word. Now, what was that he said about lying?