Wake Up! Say what is good!

Harvard law professor Alan Dershowitz on Tuesday questioned why President Donald Trump’s legal team waived the privilege to secret recordings between Trump and former lawyer Michael Cohen, following the release of a portion of the audio on CNN.

“Why waive this lawyer-client communication? It’s an honest conversation, and it ends up with the president doing the right thing,” Dershowitz said. “Why do you have it out there?”

When asked whether the tapes would hurt Trump, Dershowitz said: “this is all political.”

“There is no crime here – there’s no federal crime, no impeachable offense,” he added. “This is all how the president looks in the court of public opinion.”

“I need to open up a company for the transfer of all of that info regarding our friend David,” Cohen told Trump, likely a reference to American Media CEO and chairman David Pecker.

McDougal was silenced by Pecker, who bought her story for National Enquirer and then spiked it. 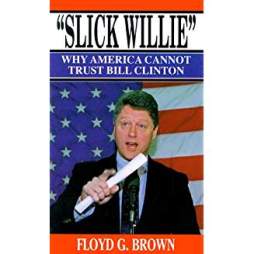 Cohen tells Trump, “We’ll have to pay,” and then Trump is heard saying “pay with cash.”

Cohen says “no, no,” but it is unclear what is said next.

Dershowitz told Cuomo the attorney, Cohen, led the client, Trump, to “do the right thing.”

“That’s a typical conversation. I’ve had that conversation a dozen times with clients, and you persuade them to do the right thing.”

“Second of all, you have a situation where, you know, [Cohen’s] going to flip. There’s no question. He’s now made it clear.”

Personally, I would like to be of the opinion of “do the right thing” but I feel as though Trump’s former attorney, Cohen, is doing exactly as the article states – that is, I believe he’s beginning to flip.

Former Trump private attorney Michael Cohen supposedly declared war Tuesday against those who seek to discredit him as he faces possible charges of violating campaign finance laws and other federal offenses.

“If they think for a second that the efforts to discredit me aren’t known to me, they are sadly mistaken,” Cohen apparently has told friends, Vanity Fair reports. “Did they think I was just going to roll over and die?”

“That recording, along with 11 others collected by New York prosecutors during an FBI search of Cohen’s properties in April, is now at the center of an escalating public war between Cohen, the president, and their respective legal teams,” Vanity Fair reports.

Cohen, 51, is under investigation for possible campaign finance law violations regarding a $130,000 payment to adult-film star Stormy Daniels over an alleged affair with Trump 12 years ago.

Prosecutors also are probing Cohen for a possible bank and wire fraud issues in his business dealings.

Sure, the guy’s scared. Who wouldn’t be? However, let’s all just remember that ALL of this business was originally brought up by the extreme left – or those who are extremely dedicated to the Democratic left.

As for the last issue, I will contribute to this ugly, bombastic story, is that how much longer will this rubbish (remember from Gk. Meaning human excrement) go on? Just a little secret to share… I did not like Barack Obama one bit. His nonexistent foreign policy and self-induced national policy have led to tremendous US debt, thousands of murdered people, although a decrease is effectual the same-sex marriage thing is slowly becoming a nonreality. “Cash for Clunker’s” has been replaced by sound economic principles.

This is why I say, “Enough” and to Trump Hater’s, get over it just like everyone did with Hillary Clinton at State, Eric Holder at the Justice Department no doubt in cahoots with James Comey. Seriously, when one looks at the actual names of those who are fighting to keep their Top-Security clearances, it does indeed show how deep the pond really is and filled by scum.