Breaking today…well at least for me

Breaking today…well at least for me

Breaking today…well at least for me! Did you know that as of January 1, 2018, America has become the number 1 producer of domestic oil in the world? Apparently, this news went over big at the summit held in Belgium later last week with Chancellor Angela Merkel of Germany and several other nations who seem to be dependent on oil piped in from Russia.

Amid United States tensions with Russia, President Trump and Russian President Vladimir Putin sat down before one-on-one summit July 16 in Helsinki’s Presidential Palace and just had a few words of civility. I realize this is difficult for most of those in the mainstream media to even understand, but the fact remains that the two international powers remain civil to each other.

Despite this rubbish of US tensions with Russia, who may I ask other than the Democratic Party and other members of the media as well as “our gang” from the Hillary Clinton campaign? Do all the blaming that you care too, but the facts remain the same, former president Barack Obama ran for the hills with anything to do with Putin, the DNC gave away it secrets to whomever was listening and of course, Hillary Clinton had to have someone to blame for the most monumental loss in voting history.

I want to say, “what is it with these whiner’s?” But still, the remains are quite the same on the other side of the aisles. I am not altogether certain there would have been a better time for immigration reform based simply upon the numbers. Which outside of this Presidential grandstanding, I have a few inquiries.

Anyone, please someone in their right mind – what on earth is so wrong with having some semblance of immigration control? It seems so easy to me now as it did when I was in high school and college. What is the matter with doing away with chain migration? So, say your sister made her way up to the USA. What right does that have in anyone from her family migrating unrestrained here as well? NOTHING.

And my gawd, someone please try and convince me that this has merit – 80,000 individuals from various countries muster out their name on paper…where is the right for them to get “picked” as in the lottery ahead of a well-qualified doctor, dentist, or any other professional who has already filled out the necessary paperwork.

And now for the worst of the worst – it is these people who take up all of our agents’ time; it is those without proper paperwork, or names, or anything. So, the small person traveling with their “crew” gets tossed into the holding pen – in Texas, it is really a gutted Wal Mart Supercenter being renovated into a multilevel place for teaching. People at the University of San Diego donate their cell phone directly to these people, while others are building water towers and hospitality centers. I welcome anyone to look at the camps in Turkey, Syria, and the surrounding areas. Wake up America! 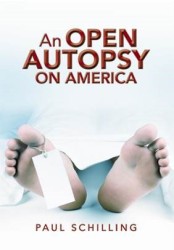 Btw, anyone else hear on the news today that (1) Illegal immigrant that has been deported twice (2) caught with illegal, yet certified driver’s license, (3) Social Security card, (4) wife and family, (5) yet, finally did an NCIC (crime) check and (6) refused to deport wife and kids, but (7) put him in jail?this?

1 Response to Breaking today…well at least for me