How Many times must you fall?

How Many times must you fall?

Allow me to spell this one proposal out for you. Please, first of all, take this article to your nearest Hillary Clinton fan, then to your nearest Democrat Party member, then keep a copy of this article for when you run into a timely debate either at happy hour, a cocktail party, or even the water cooler. I believe that far too much must be revealed to find where the onus is and furthermore, to start getting this communication right.

Of the first part we are going to feature Mr. Mark Krikorian a director at the Center of Immigration Studies about the earlier reports of The Washington Post, Salon Magazine, and the internets BuzzFeed who all made headlines out of there existing a point that the USA is missing some 1,500 children or better still, accompanied minors; or, basically children who have come up from Mexico and Central America without having their parents with them.

Be that as it may, I, for one, take issue with this part of any legislative act, or executive act, in so far as I do not believe that it is the US government’s job to take care of another’s child. Furthermore, and to this day I ask college students who got to America as accompanied minors how do they feel about their parent’s action. 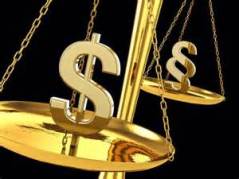 The resounding overall opinion that I receive is negative. And yes! I do receive comments on the opposite side, meaning that these students would not ever do unto their children as they did unto by their parents.

This entire issue regarding unaccompanied minors or children getting into the US without their parents must be looked at on a chronological basis. However, attempting to perform any sort of due-diligent study because in the documentation whereas one may be looking for actions of “unaccompanied minors” and their status of illegal/legal immigrants then one is forced over to the 1940s and 1950s insofar as most of the literature contained therein (Title 8: or Code of Federal Regulations (CFR) added to Title 8 Immigration and Naturalization as confirmed by the Government Printing Office as notes to be added to any such division of Title 8.)

Therefore, the biggest stooping of Americans by their duly elected officials in 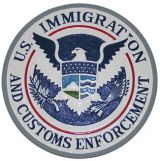 Washington D.C., aka Congressional Members or Congress has intentionally made the performance of Immigration law a wreak, possibly, without necessary parts to be fixed. It is noted in this article that pursuant to any “Unaccompanied Minor” that is withheld from gaining interest into the United States because of lack of parental responsibility could and most likely would have their status changed to be a “Refugee.”

This article is going to be far too long for me to include every single provision that has become of importance to special interest groups and advocacy groups and for those Americans who go along with the embellishment of what else can we do for you today, scenario?

“If someone else has a better idea, I’d love to have them give it to us.” That was John McCain, challenging his fellow Republican presidential candidates in early June to offer an alternative to the amnesty bill he helped craft with Ted Kennedy. Well, here’s a better idea: enforce the law. 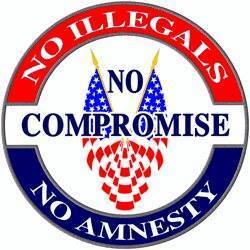 Were the president to enforce the law, the obvious starting point would be the 850 miles of fencing that Congress mandated last year. Only a few miles have been completed, and less than half is projected to be finished by the end of next year. Speeding the fence’s construction would signal the seriousness of enforcement, given the resonance of the issue with the public and the political class’s transparent contempt for the idea (captured by McCain’s concession to Vanity Fair: “I’ll build the goddamned fence if they want it”).

All federal contractors could be required to enroll in the EEVS as a condition of receiving funds. President Clinton employed a variant of this approach in 1996 when he signed Executive Order 12989, which empowered the government to block firms from receiving federal contracts for a period of one year if they knowingly hired illegal aliens. Sadly, this was a mere political ploy.

The order required government agencies only to “consider” debarring a firm for hiring an illegal worker, and the General Services Administration, which was to maintain the “Excluded Parties List,” never took any steps to implement the measure. A new executive order requiring federal contractors to enroll in the EEVS, together with serious follow-through, would go a long way toward adopting legal status as a mainstream labor standard.

It is precisely for this reason that the administration has not encouraged it. In 2002, the Justice Department’s Office of Legal Counsel wrote a memo highlighting the inherent constitutional authority of state and local law enforcement to make arrests for civil violations of federal immigration law. But this memo was spiked by the White House so that apologists for illegal immigration could continue to point to an erroneous Clinton-era legal opinion that prohibited local arrests for civil immigration violations.

Unfortunately, instead of making the United States a less appealing destination for would-be illegal immigrants, the administration often seems to be offering enticements. For instance, the Treasury Department formally told banks in 2002 that they could accept for the purposes of opening accounts the Mexican government’s ID for its nationals living outside of Mexico – the matricula consular – thus helping illegal aliens embed themselves in American society. Reversing this decision would be a simple technical 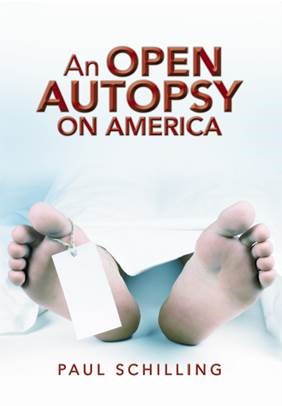 matter, but it requires leadership.

Btw, now released through Amazon.com get you discounted first edition copy of: