Careful with these #MeToo Movements, part 3

♦ Careful with these #MeToo Movements, part 3 ♦

Okay then, back as promised with another edition of these #MeToo movements. I did take some time to cover what I feel is unequivocally important in American sovereignty vis-a-vie issues on “The Wall” as well as just a tender and slight reminder that not every huge athlete goes into the draft for the National Football League, with reporting about Jason Seaman who was shot three times and using his quickness and athleticism to try and divert the gunman from shooting more innocent children.

I find it overwhelmingly disgusting that as I was writing that article (below) there was again another school shooting in Alabama. I would like to go into that story however, I must get back to the #MeToo movement for creditability sake. Nonetheless, if anyone needs my unabridged notion of what America needs to do about it, please ask.

The Columbia Broadcasting Service (CBS) is considering only females to fill the anchor slot at Face the Nation, to catch up with The Today Show, which now has two female anchors. Additionally, The Recording Academy, which oversees the Grammy Awards, has promised to overcome the “unconscious biases that impede female advancement” in the music industry, after the bean-counting complaints from The Wall Street Journal’s pop music critic and female music executives.

The prospect of left-wing entertainment moguls having to sacrifice their box office judgment to identity politics is an unalloyed pleasure, and of little consequence to society at large. But “quota-izing” will hardly be limited to Hollywood.

Major publishing houses are analyzing their author lists by gender and race and making publishing decisions accordingly. Therefore, what this means is what books get reviewed and who reviews them will increasingly be determined according to gender and race.

I will speak for no one else but when I am out having a look at a new read it is very apparent that females are leading the way with me. There is a quantifiable reason for this. In 2005 Susan Estrich accused Michael Kinsley, the Los Angeles Times editorial pages, of excluding female writers. Naturally, Estrich ignored the fact (as so many of us do!) that males are disproportionately interested in public affairs, as demonstrated by lopsided sex ratios among op-ed submissions and letters to the editor. 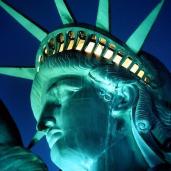 I did find it interesting that 87 percent of contributors to Wikipedia are male. It should be noted that there are no gatekeepers at Wikipedia screening out females; contributions are anonymous and open to all – including me. What she did find was that males are more oriented towards highly fact-based realms.

Now, however, sterile bean-counting exercises such as Estrich’s have gone in-house. In response to the #MeToo movement, The New York Times created a “gender editor” who presides over a “gender initiative” to infuse questions of gender throughout all of the Times’ coverage. A recent front-page product of this #MeToo initiative covered the earth-shattering problem facing NFL cheerleaders: to wit, they have a dress code and are forbidden from fraternizing with the players.

Now despite these allegedly patriarchal conditions, females are still lining up to be hired, to the puzzlement of the Times. Let’s start-up a betting pool, shall we? How many of these same ladies will start a movement, or align with the #MeToo movement on the wages they are earning?

Again, this is based on a speech given by Heather Mac Donald from the Manhattan Institute at Hillsdale College. And today, I was contacted by the cover and reverse cover of my new book design staff, An Open Autopsy on America, to help and get her ready for the final presentation!