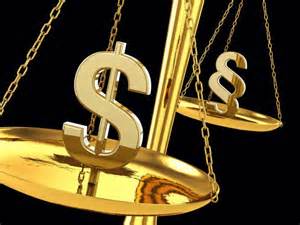 Have you been listening to the news or members of congress or even everyday run of the mill citizens lately with concerns about healthcare?

Please take the time as you read – and remember there is always someone out there that knows more than you do or think that you do.

If for a moment, please take some time to consider others who live in these grand countries that have a socialized medical program or everyone has healthcare.

From personal experience of living in a few different nations now, please understand that the healthcare these employees are paying for is the basic and/or minimum insurance coverage possible.

I clearly remember when I first moved to Australia, it seemed as though everyone did

have healthcare. And after all of the griping about what they were entitled to and not entitled to it very soon became quite a mystery to me.

Now then, when I relocated to Australia I did so as an employer and as such there were costs that were paid by our company. Comparatively speaking these costs were much less than those are to an American employer.

Still, what remains with me to this day is the notion of how greedy and unethical Americans are about their healthcare. It is not that Americans want only the best rather, they are demanding the best with the full expectation that they’ll receive it.

Of course, there are some matters and conditions, albeit pre-existing conditions or other conditions that one may pick-up later in life. And I would be the first in line to help any way I could if the government failed these individuals.

However, my point is why must there be a “war on women” because of health care? As far as I am concerned it sure seems as though women are griping the loudest! Moreover, yesterday’s entire news programs were littered with congressional women with the latest spill of we are the majority now, at a little over 50 percent. Furthermore, as a place in politics is concerned, women hold 20 .1% of the senate and 19.9% of the house.

So, I’ll ask right up front – one certainly is not going to get anything passed with those percentages respectfully. But if one does some talking – realistically talking – then I feel comfortable they will get what they want, within reason.

My own problem is that I think that the entire nation is asking for way too much! Is this what it’s about, One of the most disturbing aspects of the GOP’s American Health Care Act is how it punishes women in particular by defunding Planned Parenthood and making pregnancy and heavy periods “preexisting conditions.”