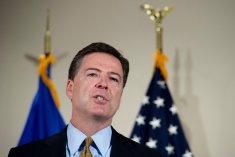 Finally the good solid men and women — Agents within the FBI are showing their displeasure with the mess that their director, Mr. James Comey, has ostensibly put them through. As a means of preventing a walk out of agents and to restore some sort of creditably back into the agency, Mr. Comey has gone to some extraordinary measures to do the right thing by both his agents and the American people.

The FBI is reopening the investigation of Hillary Clinton’s private email server based on newly-found emails that came from devices owned by Anthony Weiner and his wife, Huma Abedin, an FBI source told Fox News’ Ed Henry Friday.

In an extraordinary move, FBI Director James Comey notified Congress earlier in the day that the bureau had recovered emails in “connection with an unrelated case … that appear to be pertinent to the investigation” into Clinton’s private server.

It sure seems to The Contemplative Thinker that it may be time for a legitimate change in the directorship at the Justice Department’s FBI as well as the U.S. Attorney General, Loretta Lynch, insofar as how this case has been beaten, slugged, mishandled, misrepresented, and lied over since day one. 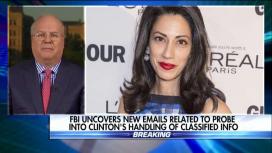 Believe me, this combined case (which anyone investigates!) between the tragic events on September 11, 2012, in Benghazi Libya and the Secretary of State using her own private servers whilst conducting State Department business for over four years now — has and is coming around to haunt some people.

Now then, it is only appropriate that Eric Holder, who as we have discussed was held in Contempt of Congress, his minions, as well as now or when he leaves office, Mr. Barack Hussein Obama should be thoroughly investigated for their willful knowledge of the events that surround Mr. Weiner, Huma Abedin, Hillary Rodham Clinton to include that perfunctory operation that “Slick Willy and Crooked Hillary Clinton” refer to the Clinton Foundation.

Ed Henry reported that an FBI source confirmed to him that the “unrelated case” is indeed the bureau’s investigation into the Weiner sexting scandal. The FBI is investigating text messages that the former New York congressman sent to a 15-year-old girl in North Carolina.

It is extremely important to consider that Mr. Weiner and Huma Abedin are married, and we know that Huma Abedin is Hillary Clinton’s best friend, immunity receiver and some are trying to confirm that Abedin and Clinton were involved in a lesbian affair. No speculation here folks, this cover-up and lying have gone too far for me.

Chris Wallace reacted this afternoon, saying that the new information must be “substantial” for Comey to announce this “bombshell” 11 days from the election.

He said that Comey previously stated to Congress that the investigation was complete and now today he is amending the testimony.

Wallace said that Abedin was Clinton’s closest aide at the State Department and during this campaign.