It has become incumbent upon me while preparing this book to intercept some of the fundamental problems that we all are experiencing during our time on this planet.

As the United States is concerned it does indeed seem like we are experiencing a real collision in just about every sociological norm that once held true and correct.

In fact, one would not be too far out of it if they were to mention that almost all of what were deemed as American values have now fallen by the wayside in favor of something else.

However, in doing this someone is bound to be proven wrong. We are not going to argue whether or not America was founded or framed as a Christian nation. That question really belongs to who the framers were and how the founding documents pan out given the euphemistic language used. 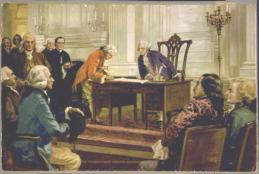 understanding with his letter to the Danbury Congregation explaining his position on the wall of separation between church and state.

There are a few ideologies that the framers did have in mind when designing the basic workings of a Republican-Democracy. This type of governance was supposed to be citizen owned and run. It was the belief of many framers that the United States did not want a strong central government; rather, they were quite content to leave the governance ideology to the states.

Republicanism is the guiding political philosophy of the United States. It has been a major part of American civic thought since its founding.  It stresses liberty and “unalienable” rights as central values, making people sovereign as a whole, rejects aristocracy and inherited political power, expects citizens to be independent in their performance of civic duties, and vilifies corruption.

American republicanism was founded and first practiced by the Founding Fathers in the 18th century. For them, according to one team of historians, “republicanism represented more than a particular form of government. It was a way of life, a core ideology, an uncompromising commitment to liberty, and a total rejection of aristocracy.”

Furthermore, as shown in President James Madison’s Notes on the Constitution as well as Thomas Jefferson’s Notes on the State of Virginia, and Alexander Hamilton’s Report on Manufactures.  The principal ideas of the Report would later be incorporated into the “American System” program by Senator Henry Clay of Kentucky and his Whig Party.

Abraham Lincoln, who called himself a “Henry Clay tariff Whig” during his early years, would later make the principles cornerstones, together with opposition to the institution and expansion of slavery, of the fledgling Southern Republican Party.

Again in an attempt to stress this point, according to one team of historians, 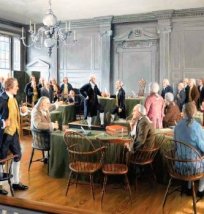 “republicanism represented more than a particular form of government. It was a way of life, a core ideology, an uncompromising commitment to liberty, and a total rejection of aristocracy.”

Together with the Greek, Roman, and Renaissance masters of the tradition as far as Montesquieu, formed the authoritative literature of this culture; and its values and concepts were those with which we have grown familiar: a civic and patriot ideal in which the personality was founded in property, perfected in citizenship but perpetually threatened by corruption; government figuring paradoxically as the principal source of corruption and operating through such means as patronage, faction, standing armies (opposed to the ideal of the militia); established churches (opposed to the Puritan and deist modes of American religion); and the

promotion of a moneyed interest—though the formulation of this last concept was somewhat hindered by the keen desire for readily available paper credit common in colonies of settlement.

American republicanism was centered on limiting corruption and greed. Virtue was of the utmost importance for citizens and representatives. Therefore, I ask my readers — is it time to formalize our right to anarchy or revolution?