The Importance of a Moral Society

John Adams in a speech to the military in 1798 warned his fellow countrymen stating, “We have no government armed with power capable of contending with human passions unbridled by morality and religion . . . Our Constitution was made only for a moral and religious people. It is wholly inadequate to the government of any other.” John Adams is a signer of the Declaration of Independence, the Bill of Rights and our second President.

Benjamin Rush, Signer of the Declaration of Independence said. “[T]he only foundation for a useful education in a republic is to be an aid in religion. Without this, there can be no virtue, and without virtue, there can be no liberty, and liberty is the object and life of all republican governments.  Without religion, I believe that learning does real mischief to the morals and principles of mankind.”

I have stated on several occasions how much I admire the insight of Benjamin Rush. It is therefore quite a relief to understand his position regarding the usefulness of education is to be aided by religiosity. He, as well as Gouverneur Morris, saw the need for people — in some way to value religion for a republican government. However Dr. Rush believed that without the morals from religion there could not be a virtue, liberty, ethics and he further believed that liberty was the object of life for those in republican governmental forms. Moreover, according to Rush that without morals and principles of humankind things could turn out quite messy.

Gouverneur Morris, Penman and Signer of the Constitution.  “[F]or avoiding the extremes of despotism or anarchy . . . the only ground of hope must be on the morals of the people. I believe that religion is the only solid base of morals and that morals are the only possible support of free governments. [T]herefore education should teach the precepts of religion and the duties of man towards God.”

The Honorable Gouverneur Morris puts out this statement as if he had been just reflecting after a good critical thinking endeavor. Despotism is, of course, a resulting enigma after abuse of power is found out and recognized, as well as the realization that one’s ruler is indeed a tyrant. Other behavioral reactions are found even today when a person finds out that they are living under the rules of tyranny from a dictator; moreover, what I found very enlightening was the notion of people being repressed or oppressed.

It is also very interesting to me is Mr. Morris placing such a high value on the morals of the people. He continues by stating that he feels the only solid morals are those which are postulated in religion, as he continues “the only possible support of free governments” are the morality of people. I do agree very much that Morris’ expectation of teaching only the precepts of religion to assist in guidance towards the duties of humankind.

George Washington, General of the Revolutionary Army, president of the Constitutional
Convention, First President of the United States of America, Father of our nation,  ” Religion and morality are the essential pillars of civil society.” 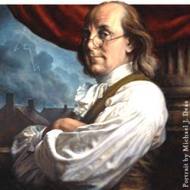 Benjamin Franklin, Signer of the Declaration of Independence “[O]nly a virtuous people are capable of freedom. As nations become corrupt and vicious, they have more need of masters.”

“Whereas true religion and good morals are the only solid foundations of public liberty and happiness . . . it is hereby earnestly recommended to the several States to take the most effectual measures for the encouragement thereof.” Continental Congress, 1778