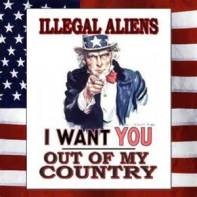 The possibility of a rigged election has been much in the news lately. What the media haven’t reported as eagerly is the Obama administration’s persistent efforts, using your tax dollars, to corruptly influence the election.

Since 2009 USCIS has doled out $63 million in these grants to prepare more than 156,000 resident immigrants in dozens of states for U.S. citizenship, according to the agency’s figures. Besides the free classes, Uncle Sam also offers immigrants free “naturalization legal services,” the latest USCIS grant announcement states. “Recipient organizations serve both traditional immigrant destinations and new immigrant getaway cities in 21 states,” the USCIS document reads.

It is hoped that every reader here now and prospective readers to come, we hope that by given the descriptions in the above paragraphs these are identified as special interest groups that will lobby the government representatives and literally pay whomever (yes, Obama counts). So wonder if you will about how someone who has a pre-election net worth of 100,000 then when they leave office, in most cases their net worth is normal $8 to 10 million dollars.

What can a civil, morals driven person like me to say and/or write about this tramp goddess? Oh, she’s just hacking them out!! And now it is pneumonia! Here we go again! I writing we have explained to Mrs. Clinton that once one lie is told, the liar is going to come up with an additional 25 or more lies just to cover the one she just told. This just so happens to be the case pursuant to this past weekend’s celebratory events that lousy and insufficient data was told to the world.

A big hat tip to Jennifer Griffin at Fox news.com at the Pentagon in Washington D.C. Jennifer noticed an unusual splice in reporting when she read yesterday’s article that appeared on CNN.com. But not me! The entire cover-up truth about Clinton’s prolonged coughing bout stated that Clinton’s evaluation of pneumonia was diagnosed on Sunday morning September 11, 2016, when she had felt “overheated” then staggered out of the facility to her black anything but a car to go to Chelsea’s apartment for about two hours when 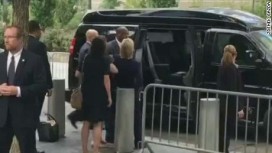 she came out on return and gladly espoused that she was feeling “great!”
However, someone of the hundreds of personnel she has working for her should have said something, insofar as it was the first issue I went looking for today. Here it is from my Hillary file:

“Secretary Clinton has been experiencing a cough related to allergies. On Friday, during follow-up evaluation of her prolonged cough, she was diagnosed with pneumonia. She was put on antibiotics, and advised to rest and modify her schedule. While at this morning’s event, she became overheated and dehydrated. I have just examined her and she is now rehydrated and recovering nicely,” said Clinton’s physician, Dr. Lisa Bardack, in a written statement on Sunday evening.(/blockquote)
Why else would Hillary Clinton personally send out lies about Benghazi within hours, and then keep on pushing these lies until the truth could no longer be ignored? The truth about an attack by an al Qaeda group that killed our ambassador and three other brave Americans in the days before Obama’s reelection would not only have put Obama at risk of losing, but also would have potentially dashed the hopes of his successor-in-waiting, Hillary Rodham Clinton.