Obama and his DOJ simply do not care

House Judiciary Chairman Bob Goodlatte, R-Va., slammed the Department of Justice (DOJ) for refusing to investigate over 3,700 asylum cases in which the grantee was represented by attorneys convicted of perpetrating asylum fraud. He called the agency’s refusal “outrageous” and suggested it would embolden “aliens who already have an incentive to lie to obtain an immigration benefit.”

A 2015 Government Accounting Office (GAO) found that the Executive Office for Immigration Review (EOIR) within DOJ failed to develop policies to detect and prevent asylum fraud. The report also found that immigration judges granted asylum to 3,709 aliens who were connected to attorneys and document preparers convicted after a Federal Bureau of Investigation into fraudulent asylum claims. DOJ recently told Rep. Goodlatte’s committee that EOIR had taken no action to review these cases even though the office knew they likely involved fraud.

DOJ had, in fact, been aware of related fraud for several years. The indictments of some of the convicted attorneys alleged they coached aliens seeking asylum to memorize fraudulent stories, rehearse answers to anticipated questions, and obtain fraudulent documents to support their claims. At least one indictment claimed most of the aliens had not suffered any persecution.

In a letter to Attorney General Loretta Lynch, Chairman Goodlatte demanded that DOJ reviews each of the 3,709 cases and pursue revocation of an asylum where fraud is found. He wrote:

“As the chief law enforcement officer of the United States, you, above all others, should be the most vigilant protector of the rights of those who suffer most from asylum fraud – the bona fide asylum seekers, whose claims are stymied by a bureaucratic process that seemingly rewards wrongdoers and cheaters. 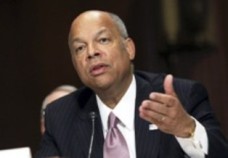 Administration. Neither can it turn a blind eye to fraud and call it a ‘low priority.’ Aside from eroding confidence in our national resolve to protect the persecuted around the world, asylum fraud promotes criminal enterprises and threatens our national security. The 9/11 Commission found that ‘[a] number of terrorists discussed [in its report] abused the asylum system.’ There should be little doubt that terrorist organizations are probing the contours of our flawed asylum system to exploit its vulnerabilities.

“DOJ’s refusal to take action in these cases is simply outrageous. What message is being sent to those aliens who already have an incentive to lie to obtain an immigration benefit and now are emboldened even more by DOJ’s apparent acquiescence to this type of egregious criminal conduct?

“Therefore, I call on you to take immediate action to review and reopen each of the 3,709 cases referenced in the GAO report and any others known to EOIR, in which an immigration judge granted asylum, to determine if fraud is present and to pursue revocation of asylum in those cases where fraud is established.”