Theme of faith over fear 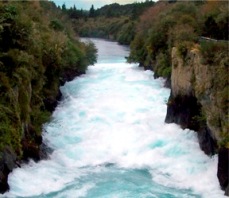 Today in the political arena of siding with guilt and pure political gain, the news station that I was listening to while covering the European refugee crisis mentioned what President Barack Obama had chosen as his topic in which to deliver his speech at the National Prayer Breakfast.

I do realize that this is coming just a bit late (yet, certainly not forgotten) that is indeed the pleasure in maintaining a blog — citizen journalism that gets and takes more than one shot at a current problem.

A day after visiting a mosque in Baltimore, President Obama spoke at the National Prayer Breakfast on Thursday morning. He shared observations from his trip, which he said was meant to “let our Muslim American brothers and sisters know they too are Americans.” (Note: Since when are Muslim American’s considered American’s?)

The president shared a quick story about one Muslim he met who told him he was hesitant to pray after the San Bernardino attacks out of fear for unwanted attention. However, not wanting to give his child the wrong impression that fear will consume their lives, this Muslim man “put down his rug and he prayed.” That, Obama suggested, is the kind of courage all Americans need to have when practicing their religion. 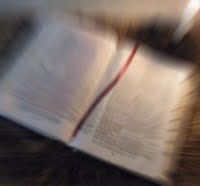 It is also a load of pure dung! After attending two separate universities that featured enormous Muslim students, we always wondered why during prayer times (5 times per day) didn’t these individuals simply carry their rugs with them and during a sunny spring day just throw down the rug, face East, and get to praying.

Until I asked my door room neighbor. And he therefore came out and explained that practicing the Muslim religion was much the same as Christianity in that regard. We, as Christians, are instructed to go to the “inner room” or someplace private to make our requests be made known to God.

The president’s speech was full of this overarching theme of faith over fear. He offered moving remarks about how his own faith has guided him and thanked God for Pastor Saeed Abedini’s long overdue return from Iran.

Yet, it was hard to overlook the political undertones permeating the president’s remarks.

“Fear does funny things,” he said. “Fear can lead us to lash out at those who are different. Or get some sinister other under control. 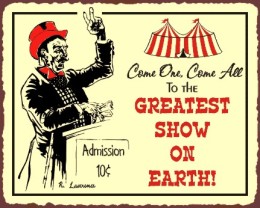 He likened this fear to selfish impulses.

“If we let it consume us, the consequences of that fear can be worse than any outward threat.”

“Faith,” he said, is “the great cure for fear.” “Jesus is a good cure for fear.”
There’s no more important time than for us to demonstrate that faith right now, he continued. It became obvious what he meant.

“Refugees are fleeing from war torn homes,” he lamented.

The president suggested an opportune way for us to practice Christian love is to welcome refugees with open arms.

“Churches welcome refugees,” he said. “They’re the first to offer blankets and open their homes.”

While the president may think he is encouraging citizens to demonstrate true Christianity, his comments seemed to shame Americans for fearing the flow of refugees.

Christians care about refugees and want them to escape violence pervading their countries. But, they also care about common sense. We can’t put our own country at risk in an effort to demonstrate “faith over fear.”