Can you believe this Rubbish?

Can you believe this Rubbish?

Advocates for immigration detainees being held inside the Etowah County Detention Center are planning a demonstration this afternoon in support of what they say is an ongoing hunger strike.

Members of Adelante Alabama Worker Center and other affiliated groups are planning to protest outside the jail in Gadsden this afternoon. Lisa Moyer, with the Shut Down Etowah campaign and Southerners On New Ground, said they expect about 20 protesters.

“We will be there to highlight another piece of our broken detention system,” Moyer said.

The Etowah County Detention Center has seen several protests over the 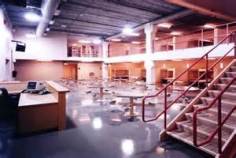 Now for a load of crud:

The detainees demands include:
An end to all immigration detentions and deportations.

An end to U.S. Immigration and Customs bed quotas, which advocates say mandate a certain number of detainees be held.

An end to indefinite detention, with release on parole or supervision for all asylum seekers held more than six months.

Improvements in detention conditions – encompassing food, discipline, clothing, and access to phones and medical care. It is NOT that they are not receiving these entitlements — they just want better ones!

“We will be standing vigil today to show our support for the hunger strikers and all detainees,” said Yazmin Contreras of Adelante Alabama Worker Center. — This is what is referred to as a “Social Fool.”

Moyer said advocates are also concerned about what they say are reports of abusive medical procedures and detainees placed in solitary confinement because of participation in the hunger strike.

This is something very much like psychobabble — basically Moyer is contending and endorsing that “advocates have concern with reports,” before I even go on, allow me to ask has anyone seen these reports?

Being a mild-mannered, relentlessly educated, man with social and civil values, it is difficult for me to even imagine this going on in our Nation. Is anyone in the group of Adelante Alabama Worker Center, remember history of the 1950 and 1960s with the Civil Rights campaign going on — moreover, does anyone remember George Wallace for the murders and destruction of Montgomery, Selma, and Birmingham Alabama during the same time?