Kardashian, Jenner, Look at celebrities from an Open and Honest perspective…

Look at celebrities from an Open and Honest perspective…

All things being equal this entire business of supporting celebrities’ and whatever it is that morally, ethically and right or wrong it may be, I think that Millennia’s and the entire generation that drools over — “so and SOS’s” posterior really need some kind of reality check. So what is up with this writer and why does he seem a bit excessive about people who refer to themselves as “celebs.”

I have written on this subject several times before (American Age.com) in particular how various people end up as celebrities. First, I want to make a differential on how our language works, which is basically telling it the way that it really is. There is a huge difference between being a “Star” and a “Celebrity.” Now having written that it is time to look at the meaning of the words.

According to Merrium-Webster.com “Stardom” is actually the state of being a very famous 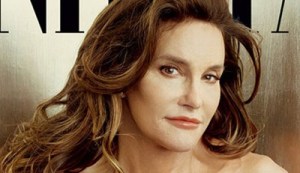 performer; examples given are an actor/actress who has achieved movie stardom; also, stardom refers to dreams and heavy pursuits of dreams [dreams of becoming a star]. We think that it is imperative to look at other sources therefore according to Dictionary.com “stardom” for their exhaustive definition refers to a person as being: prominent, or distinguished; preeminent, this of course is from the verb tense.

So when we all look at stars or people making it to the realm of stardom I believe that most people would admit that there is trouble even starting a list. I believe everyone of critical thinking mind would of course agree that certain categories must be put into place to give appropriate meaning, such as: Films, Big business (i.e., MacDonald’s, Burger King, Taco Bell), Manufactures such as Ford Motor Company, Timex, or Auto; The Steel Industry such as Kaiser Steel, Sports, Recording Artists, huge mathematicians’, and on and on and on.

Now do you think an individual’s claim to fame should or could be a sex tape? No I’m certain that during the Paris Hilton days of who gets a little tonight wouldn’t confer any kind of stardom upon those who hung out with Ms. Hilton and whose pursuits we every bit as profane.

Celebrities on the other hand, are normally those people who are worshiping stars in front of the media. Celebrity is fame and public attention in the media, usually applied to a person, or group of people (celebrity couple, family etc.), or occasionally, to animals or fictional entities.

Successful careers in sports and entertainment are commonly associated with celebrity status. People may also become celebrities due to media attention for their lifestyle, wealth, or actions, or for their connection to a famous person. Newspapers started including gossip columns and certain clubs and events became places to be seen in order to receive publicity.

And now for a moral rebuttal. In almost all sources used in preparing this article the most common themes were — Stars have earned it, whilst celebs are wannabe’s living in the realm of a star yet not having done anything to accomplish this feat. And I apologize, the release of Kim Kardashian’s sex tape with rapper Ray J in 2003 brought her to a new level of fame, leading to magazine covers, book deals, and reality TV series.

It is believed that stardom and celebrities actually are far more pronounced in the Western cultures. When those of us who live in the West actually get appalled at some of the rubbish that celebs will do for recognition, People Magazine, and or wealth has this phenomena gotten bigger since the election of Barack Obama?