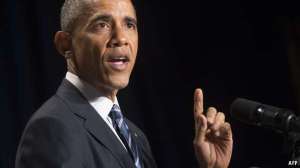 What we were trying to establish in yesterday’s post was about as basic a reason to find the incoercible, yet glaring way to establish where on earth this process of political correctness comes from and a few examples of how easily one could get confused. Language is one thing that establishes humans in a superior order than other animals.

Just a bit more on the history of what is referred to as political correctness; understanding that there are those who irrefutably will try and argue against the point. Whilst the label “politically correct” has its particular origins and history, it only partially overlaps with the history of the phenomenon to which the label is now applied. While the use of “politically correct” in the modern sense is a label dating to the early 1990s, the phenomenon so labeled developed from the 1960s onwards. This phenomenon was driven by a combination of the linguistic turn in academia and the rise of identity politics both inside and outside it.

These led to attempts to change social reality by changing language, with attempts at making language more culturally 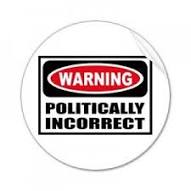 inclusive and gender-neutral. This meant introducing new terms that sought to leave behind discriminatory baggage attached to older ones, and conversely to try to make older ones taboo, sometimes through labeling them “hate speech”. These attempts (associated with the political left) led to a backlash from the right, partly against the attempts to change language, and partly against the underlying identity politics itself. “Political correctness” became a convenient rightwing label for both of these things it rejected.

Therefore let’s take a look at Oxford University’s Dictionary for a solid definition. According to Oxford Press political correctness is defined as: The avoidance of forms of expression or action that are perceived to exclude, marginalize, or insult groups of people who are socially disadvantaged or discriminated against: women like him for his civil rights stand and political correctness.

An additional term for this might be “political correctness.” As Jonathan Chait recently outlined in New York magazine, political correctness is a style of politics, generally wielded by leftists, that attempts to regulate public discourse by defining opposing views as bigoted and illegitimate. “P.C.” disciples make it their business to call out perceived racial, religious and gender biases in the service of forging a more equal society. 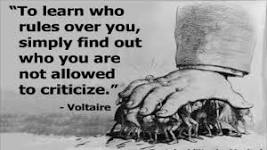 Clearly I do not see any indicated difference between these two terms. Certainly not as far as linguistics are concerned. However, if one wanted to make an argument about it, we would weigh-in on the stylistic side.

Do we all remember that destructive speech that President Obama gave regarding his views on religious freedom? Now here is a person who is very confused — or someone who had another person write his speech and he merely read it.

It was an odd statement. He began by praising the wisdom of America’s founding fathers for their sophisticated understanding of the relationship between freedom of speech and freedom of religion. (“For to infringe on one right under the pretext of protecting another is a betrayal of both.”) “But,” he continued—and it was a big “but”—in “modern, complicated, diverse societies”, Americans must “exercise civility and restraint and judgment.” The president didn’t exactly deny the right to free expression. His message was more along the lines of, just because you can say something doesn’t mean you should.

In this way, the P.C. movement is essentially a program of censorship. It undermines a fundamental democratic right to free expression—a right that should extend to everyone, regardless of how contentious, bigoted or prejudiced these views might be—in order to advance a perception of decency and social harmony. But is it really harmony we win when we back down from satirizing religious radicals? Or when we attack people for wishing “Merry Christmas” instead of “Happy Holidays”?

This seems more like a way to cultivate social anxieties; a fear of forgetting the proper code words. Flemming Rose, editor of the Danish paper that published the controversial Mohammed cartoons in 2005, calls this approach a “tyranny of silence.”