Pitiful, Outrageous, and….Another lie from the man in the White House 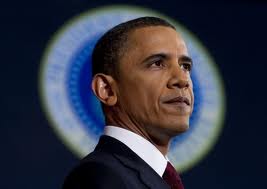 Just in case you missed it – another Kenyan Obama was granted full residency status yesterday. Yep! An immigration judge in Boston on Tuesday halted the deportation of President Obama‘s Kenyan-born uncle and granted him status as a legal permanent resident.

Onyango Obama, half brother of the president’s late father, came to the United States in 1963 from Kenya on a student visa that expired in 1970. He has been living in the country unlawfully ever since. (Please remember this…)

Judge Leonard Shapiro ruled from the bench that Onyango Obama qualified for a provision in federal immigration law that allows immigrants who have lived in the United States since before 1972 and have “good moral character” to apply for legal permanent residency, also known as a “green card.”

The judge said Obama was a good neighbor and a gentleman and had paid his taxes. At the end of the hearing, the judge said, “Welcome to America.”

Obama had ignored a deportation order issued in 1992. His immigration status was not publicly known until he was arrested on suspicion of drunk driving in 2011 in Framingham, Mass., west of Boston. He allegedly told police at the time, “I think I will call the White House.”

Shapiro previously granted an asylum request for Onyango Obama’s sister and the president’s aunt, Zeituni Onyango, in 2010. She had been ordered deported in 2004 after her first asylum request was rejected.

Actually we became privy to this pitiful story about three days ago. As for me I could not write with good-conscience until I gathered more information.

Accountability – being a responsible, consider somebody or something to have a particular quality, to do something in a way that does justice to one’s abilities or character. We feel the need to further espouse that other characteristics of accountability are having insight based on explanation and description.

Approximately 3 years ago, as Uncle Omar was fighting deportation following a DUI charge, the White House asserted to The Boston Globe without any apparent qualification that Onyango Obama “has never met his famous nephew.”

That statement was untrue.

Uncle Omar testified at an immigration hearing earlier this week that the younger Obama had briefly lived with him for several weeks in the 1970s.

That testimony called attention to the White House’s contradictory statement and led the administration to recant the untruth in a new statement to The Boston Globe on Thursday:

“The president first met Omar Obama when he moved to Cambridge for law school,” said White House spokesman Eric Schultz. “The president did stay with him for a brief period of time until his apartment was ready. After that, they saw each other once every few months, but after law school they fell out of touch. The president has not seen him in 20 years, has not spoken with him in 10.”

The relationship is important because reporters have been investigating whether anyone at the White House has paid attention to or interceded in Uncle Omar’s immigration battles.

The White House maintains that Uncle Omar’s case was free of “any interference from the president or the White House,” according to the Globe. Well hellyeah! After all this did come from a fact fabricating pathological lair.

1 Response to Pitiful, Outrageous, and….Another lie from the man in the White House