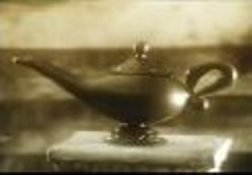 It is overwhelming important that we look into education, which some of the greatest minds ever known have ever been and their beliefs in the future of humankind was directly channeled through the entire history of civilization that we call learning.

Yes indeed, when we refer to education on this site we are really addressing how humans came to depend on each other; how communities developed and were maintained; actually education involves the complete acculturation of man’s abilities in learning, knowledge, and according to Aristotle the rationalization of society. We start early during perhaps the greatest influence of Greek philosophy making its trek into Western civilization.

Aristotle set forth an educational theory that states the good community is based on the cultivation of rationality. Furthermore, if education is neglected, then the community suffers enormously. Aristotle forged his theory of education’s major role in cultivating human and civic excellence or perfection.

However, and critically important to the understanding of the nature of humankind, one would of course need to reverse everything so stated – in order to make an accurate disposition of where humanity leans today.

In other words, we can sit and blow smoke out of our bums about how good education is; subsequently, until one looks to the exact opposite of the good education, and starts looking at the bad apples that are recipients of the same conglomeration, what then have we proven or even realized?

It is an interesting idea to view the living process and make a comparison directly to education. To this day we still embark upon confusion as to why so many “elites” such as medical doctors, lawyers, and public servants are viewed

with such dignity and grace when compared to the working class. We portend that without loopholes in laws or more so the ways in which civilization has progressed that it is not equal in discipline and punishment.

Therefore, as was tradition with the Greek theorists, Aristotle made a distinction between liberal (limitless in learning) and occupational and/or vocational preparation to manage the economic means, training of others, and commerce.

Given his theory of education Aristotle saw that the process cultivated the rational person and the rational society, recommending compulsory public schools. Actually it is from Aristotelian educational theory that has shaped many an educator’s mind relevant to the literal time and when he felt younger folks were able to get their best efforts.

The basic elements needed for lifelong learning or what was referred to as liberal studies, was music cultivation and appreciation whereby certain emotional dispositions were mediated on with question and answer periods. If the student performed admirably then the basic skills needed for liberal education were developed – largely by family,  members of the community, and lay-teachers. At this stage the student was to be about twenty years old and ready for reading, writing, and study of mathematics, geometry, grammar, and literature.

The Aristotelian school was an institution for teaching and learning about knowledge. As such Western culture and education inherited a rich legacy from ancient Greece that included some of the following:

1- A profound conviction that a person could acquire and achieve human excellence.
2- The idea that education and a civic purposes and were related to the well being of the community.