What a Lousy Joke… 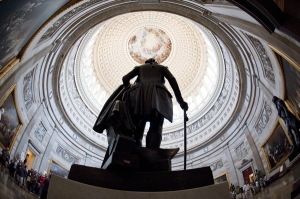 Nothing, so help me Lord, has there been such mockery, indecision, and corruption that just seems to go by – and so remarkably so that everyone, except the Ringmaster himself seems to be in awestruck and left wanting.

I will readily admit that in my experience there has never been such excrement – literally feces, dung, and various other remnant parts – floating around a Ringmaster and his Court we refer to as an executive branch of government.

The hilarious oddity given this situation is that either it will be very hard to seize the orchestrating culprits if for no other reason than “We the People” seem to buy what the latest flavor of dung is – or the most monumental excuses are proffered enough for everyone in the world to see the U.S. as complete and utterly incompetent.

And we will be taking challenges for the following two weeks if there is anyone out there who has seen or experienced factions within a government that this one under the leadership of Barack (Barry) Obama (Sotero) and the stupid people who are falling on their swords by the minute…moreover, by the scandal and in doing so what has been lost…nothing!

I really do apologize on behalf of The Contemplative Thinker as well as those who work here that have to put up with me. I beg your apologies my dear readers if it seems as though I am coming undone. Allow me to preempt some thoughts…

Currently we have in the United States investigations going on like parties; subsequently, for goodness sakes people ask yourselves this question: Are we investigating the right people for alleged crimes they’ve committed. If there is anything that we learned from Watergate it was twofold: the first part was aiming at the right person – let’s forget about the little guys and the bugger flickers; and at least President Richard Nixon had enough class to resign before the articles of impeachment were even dry.

America was set up with tolerance and a measured response to how much human nature it would take from rebellious factions. The United States were set up and anyone who is reading this should take the time to read the documentation that was used in the preparation of the guiding principles. The Declaration of Independence is one of the most astounding documents they relied on. Just a few worthy of mentions here:

The Rights of the Englishmen, just about anything from John Locke and Adam Smith, England during the Middle Ages was an officially Christian nation. Many ideas on how things should be done in law therefore had their origins in Judeo-Christian thought, from the Bible and from Christian theology.

Like it or not folks – however the fact remains that there is far too many references made throughout American history to justify otherwise. America’s social mores and constructs, counter culture analysis, and the way

in which we live are the direct results of those who believed this to be true.

Therefore, as we continue to embarrass ourselves in the eyes of the world perhaps there is something that each person would be willing to contribute as a “collective article” here at The Contemplative Thinker. Okay it seems to me that approximately one year ago, or precisely April-May 2012 there was a press inundated with score sheets that Barack Obama carried with him and many people often checked to see if they were on any of “those lists.”

Now when one takes legitimate power entities such as the Associated Press International, Benghazi Libya, the Internal Revenue Service, and the State Department, Justice Department, the FBI, C.I.A., almost every intelligence agency truly known, as well as today’s ‘get back’ by Eric Holder to an AFT agent whistle-blower and hey, why not, Fast & Furious as well, the Attorney General of the United States finding newly acquired information to bring charges…this stuff is in a heap.