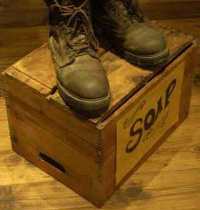 Although not of our accord but changes for and on behalf of someone who thinks they are a visionary. We only wish that this person could – Lord willing – get introspective and read, study, examine, and analyze how this nation was founded and on whose principles the people accepted it.

What our President Obama does not understand in the slightest – and this is of course speculation – yet how could one who grew up in entitlement fashion, the instability that surrounded him, no real father as a role model, grandparents as his go-to people, say such as Punahou School from the 5th through the 12th grades.

Yet there is one consideration that Barack Obama must come to terms with; the unconscionable amount of fabrications and lies he asserts, even if he doesn’t believe he has made them.

The long awaited and perhaps we will never know – Operation Fast & Furious; the Solyndra affair; Eric Holder’s alleged executive order of protection; and perhaps my largest piece of contention – just how was he able to bribe various members of congress and the states they represent in order to secure the votes necessary to pass The Affordable Care Act a.k.a. Obamacare.

Please do not lack understanding at this point. We still have Benghazi-Gate to try and hopefully get some real answers for the lives taken away from us. Furthermore, the operational scheme of what was once a government, that now has its very members suing it for relief.

And now the entire illegal immigration saga turned into nightmare. The following is something that I wrote in 2007 when one of the last defeats came at the behest of the people.

What Americans want are secure borders and our rule of law enforced. Period. E-Z as pie. But wait! They have their own interests to look at, their own pockets to line. So what happens…they’ve now attached Immigration and Border Security together.

Here’s my question: If they are so concerned about border security why not simply address that situation? It seems to me that dealing with one issue at a time is far more clean and clear to accomplish. So why muddy the waters?

Americans today have more power than any politician readily wants to admit; moreover, we have demonstrated this power to our benefit while being watchdogs on those who have continually lied to us in the past and continue to even now.

It just seems very, very odd to us that with so much concern over border security – as a prerequisite for anything regarding immigration reform, the following is a piece I wrote from back in 2009:

What lies ahead for Americans is the challenge of taking our accomplishments and to seize that triumphant success, and turn it into the greatest advantage America has ever known, rather than allow politicians to turn it

into yet another failure. Let us ask ourselves these three questions:

Pardon me if you find this offensive but it is bound to come out. It seems to me and everyone I’ve spoken to, written, or otherwise communicated with, that on the order of immigration reform – where is the reform aspect?

Furthermore, it seems like every time there is any roadblocks in King Obama’s way, then the entire “reform-like” effort gets a new vision such as: What was originally the Dream Act for approximately 5,000 students has somehow changed into a full scale Amnesty for 12 million or more people. Border security once was an absolute must – now nothing is required. 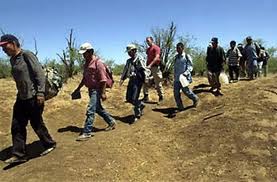 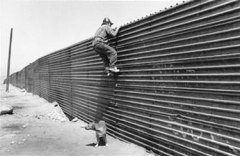 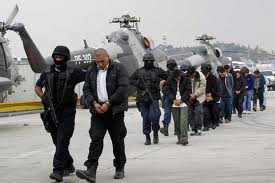