Bringing us up to date… 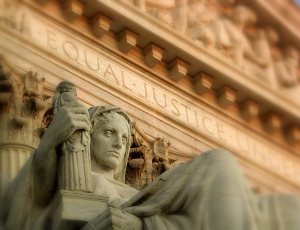 Report on the findings at Benghazi, Libya The state department sent a classified version of the report to lawmakers on Tuesday and shortly thereafter released an unclassified version. The report made 29 recommendations to improve embassy security, particularly at high threat posts.

In an enclosed letter to Congress, Hillary Clinton said she accepted all the recommendations and thanked the board for its “clear-eyed, serious look at serious systemic challenges”.

The report singled out the Bureau of Diplomatic Security and the Bureau of Near East Affairs for criticism, saying there appeared to be a lack of co-operation and confusion over protection at the mission in Benghazi, a city in eastern Libya that was relatively lawless after the revolution that toppled the Libyan ruler Muammar Gaddafi.

Four State Department officials have been disciplined in the wake of a review of the security failures that led to the deaths of four Americans at the U.S. Consulate in Benghazi, Libya, a department spokeswoman said Wednesday.

One resigned, while three others have been placed on administrative leave and relieved of their duties, said State Department spokeswoman Victoria Nuland.

Well although the Report doesn’t tell us much of anything…

With the exception of timeliness. Don’t ask me how this one happened but we find it a glaring example. Operation Fast and Furious when it first became public in 2009 had to negotiate the US Attorney General’s Office, a slew of Justice Department lawyers, agency personnel from California, Texas, and Arizona, and of course the subsequent stalling and intentional lip-service by US Attorney General Eric Holder.

Up to the point of actually writing this hodgepodge essay Benghazi occurred on September 11-12, 2012 this year. Due to public outcry that we believe was spawned and nurtured by the White House and State

Department, nonetheless something (labeled as Report) was delivered to the appropriate Congressional Committee. We would however like to point out that outside of the wounded there were four members of that delegation who suffered loss of life.

On the other hand, Operation Fast and Furious has been being dodged for years to include the US Attorney General being held on contempt charges. Therefore, the most logical question to be asked is where are the investigational findings, material evidence (guns, ammo, other items purchased), and the subsequent Report?

This entire fiasco with Hillary Clinton is just plain embarrassing. Although being subpoenaed by a multitude of Congressional Committee’s and other organizations who would like to get a semblance of her story, unfortunately Secretary of State Hillary Clinton has somehow – albeit by falling into, onto, or how ever one falls or faints in order to obtain the type of concussion she allegedly has – just appears a little too much.

The only other person in history to have the medical rap-sheet similar to Hillary Clinton’s would be the late Michael Jackson. And please be aware that her ailments always arrive around the same time she is required to be somewhere in person.

So someone please, puleez info us as to what is wrong with this picture? Seventy three percent (73%) of Americans believe the federal government should cut its spending rather than increase it, the survey reported. So why is Obama thwarting America with new taxation especially in Obamacare.

What do violent crimes committed at (normally) public places and schools have in common? Most of the time or at least the ones we researched here show remarkable mental disorders connected with guilt from other events in the person’s life; we researched Sandy Hook Elementary School, the theater-plex in Aurora, Colorado, Virginia Tech Massacre, and the one-roomed school house owned by the Amish community in Pennsylvania.