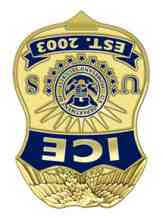 A veteran Immigration and Customs Enforcement (ICE) agent is facing suspension after he refused to release an illegal immigrant who was not considered a priority target under the Obama Administration’s new immigration enforcement policies, according to documents provided exclusively to Fox News.

The officer under fire is an 18-year law enforcement and military veteran.

Interestingly this is the precise story verbatim that we presented to you in an earlier post titled: What’s Obama Up to Now?

On March 27 he and another officer were conducting surveillance on a vehicle in Newark, Del. with plates that were registered to a criminal alien target. During the surveillance, they observed an individual get into the vehicle. The person was detained, questioned and taken to an ICE office so that his fingerprints could be run through a federal database.

The individual was not their criminal alien target. However, he was a 35-year-old illegal immigrant from Mexico who had ten previous traffic violations – including driving without a license. Certainly he was subject to earlier US laws that stipulate if one is busted once then they’re not even allowed back for 10 years. Please see the Immigration Reform and Control Act of 1986; Illegal Immigration Reform and Immigrant Responsibility Act of 1996 whereas these clearly stressed punitive action for those who did not follow the rules.

“The officer made the determination using prosecutorial discretion that he would charge (the suspect) as being in the United States illegally and let the judge sort it out,” Crane said.

“That’s our place in the universe,” he said. “We’re supposed to make arrests and let the judges and the legal system sort through the details.”

going to be let go because he was not a “presidential priority,” Crane said.

In essence, the supervising officers took on the role of a public defender or town humiliators – anything but loyal supervisors.

“You had the supervisors intervening with the alien to assist the alien and counsel the alien on avoiding receiving a charging document,” he said. The officer’s supervisors ordered the officer to release the illegal – an order the officer refused.

According to a “Notice of Proposed Suspension,” dated July 19, the officer “failed to follow these supervisory instructions, when you arrested a non-targeted alien who did not appear to meet any of the ICE priorities.”

A memorandum from Assistant Field Office Director David O’Neill, written the morning of the incident, reveals that the officers were told to release the subject even though he was in the country illegally. The officer “became agitated and began to raise his voice and stated that he would not do as instructed,” O’Neill wrote in his memo.  As a result of disobeying the order to release a known criminal, the officer faces a three-day suspension and could ultimately lose his job and pension if he arrests another illegal not on the Obama administration’s priority list.

“They’re willing to take away their retirement, their job, and their ability to support their families in favor of someone who is here illegally and violating our laws,” Crane told Fox News. “Right now (the Obama administration) is standing in the way of us enforcing the law by either taking a disciplinary action, threats of disciplinary action, or refusing to sign off on charging documents to put an illegal alien into immigration proceedings so a judge can sort it out.”

A spokesman for ICE told Fox News they will not discuss “ongoing personnel matters.” “ICE officers are not disciplined for lawful arrests,” the spokesperson said. “They may, however, be subject to discipline for insubordination and failure to follow agency polices and directives, among other reasons.”

Ironically, the illegal alien in this particular incident was given better treatment than an American citizen would have been in similar circumstances. And that ladies and gentlemen is what is happening to our nation with the current Obama Administration in place; completely disregarding the  Rule of law, the US Constitution, and totally disrupting the nation’s equilibrium.

Crane said that’s the way it used to be – until President Obama loosened restrictions on illegal immigrants. At the heart of the issue are significant changes announced in June by the Dept. of Homeland Security. The new rules outlined how younger illegal immigrants could stay in the country and gain work permits through the use of “prosecutorial discretion.”

“This whole prosecutorial discretion thing is a big lie,” he said. “The administration is trying to say it gives us more flexibility to release people. It’s garbage. These are orders – very clear orders that you will release people.”  The policy allows for discretion involving individuals who have not been convicted of a “felony offense, a significant misdemeanor offense, multiple misdemeanor offenses, or otherwise poses a threat to national security or public safety; and is not above the age of thirty.”

The illegal immigrant in this case had 10 traffic violations and is 35-years-old.

And it’s not the first time that  ICE agents have found themselves frustrated by Obama’s new policy. Last month an illegal immigrant injured an officer during an attempted escape in El Paso. Assaulting a federal officer is considered a federal crime. However, because the suspect was not a priority target, he was released without any criminal or immigration charges.

“We can’t do anything anymore under these new guidelines,” he added. Nor should they have too! We will wager anyone that no more than three people at any one time knows what is supposed to be done. 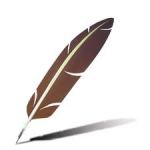