What have we, Americans, turned into as a society?

Just for starters allow me to ask our readers this question: What on earth does the federal and/or State governments’ think that they’re doing with respect to intervention on four exclusive human characteristics that in times not to far ago would have seen any kind of this behavior jailed?

First of the four is why is the federal government involved with the decision-making on whether or not a woman can or cannot have an abortion? Okay so as not to be a hypocrite or war monger of any kind – let’s examine this from the point where a state or federal entity would have the chance at intercession:

With all due respect this oath suggests to us that there are certain limits to what a doctor should ethically and morally should be doing and what is happening in reality. Doctors are the ones who allegedly take this oath and receive a license by their state of residence to practice accordingly. Therefore, where does “war on women” even come in?

Second of the four is to cease and desist immediately from the science of microbiology and any others that may be dealing with the gender selection of newborn babies. Simply if one is 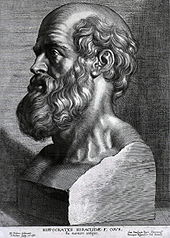 old enough to engage in the act of sexual intercourse by consent, then one certainly is and should be able to live with whatever gender one’s baby is.

People we are engaging into areas that may be sound science; however, with the nature of humankind the way it is then time only is significant to the biggest discrimination charges that will bankrupt parents, children, and the nation. And if you don’t believe that messing with human genes for the sake of gender selection is not discrimination then stop reading this offering and read what discrimination is – in reality.

Third is very much alike two insofar as it deals with human genes in the form of cloning – however, for this article let’s stay on the first tier of cloning organs for potential transplant. First question is the following: Who are we to be making things that may or may not ensure longer life for the original material we received at birth?

As for us we see the use of the word – Draconian – primarily used in press reports describing the behaviors of those engaged in politics. And to be certain the entire business of politics has become far too harsh, severe, strong, and in most cases ruthless.

All things being equal the practice of medicine in these specific fields has definitely turned Draconian. Next time at a public meeting ask your friends, associates, or colleagues if they think that it is a sound practice to start “Human Harvest Farms” for the development and storage of cloned human body parts.

And lastly for today – the most logical next step involving microbiology and molecular sciences; that is, the cloning of human beings. As we know, this process is already here. Not to be mistaken or misunderstood, let’s take Sgt. Travis Mills who is the epitome of a human being, father, husband, comrade, and friend who recently lost portions of all limbs on his body due to an IED.

This individual would be first in my line for who (if ever) were to receive cloned organs or other body parts; and we do not stand alone on this position. Yet, Sgt. Mills would be the first person to say, “Oh…let someone else go before me…there are so may other’s that deserve these accruements more than I do…”