Religion in the new Pluralism 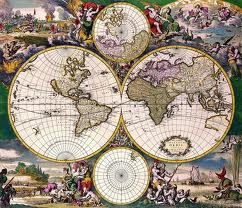 “The dominant philosophy of American Christianity is so far removed from biblical truth. Life is not hunky-dory.” This attitude had permeated American society until recently when those who believe in God returned to a God-centered theology that was truly what America was founded on.

Welcome to the austere – and increasingly embraced – message of Calvinism. Five centuries ago, John Calvin’s teachings reconceived Christianity; mid-wifed Western ideas about capitalism, democracy, and religious liberty; and nursed the Puritan values that later cast the character of America.

Illustrating the confidence he and others held of the United States, Quincy espoused: “…visible and palpable mark…of Divine favor, for which I would humble myself in grateful and silent adoration before the Ruler of the Universe.”

“The resurgence of Calvinism indicates that America hasn’t changed so much as some might suppose,” says Collin Hansen, author of “Young, Restless, Reformed: A Journalist’s Journey with the New Calvinists.”“American Christianity has splintered in myriad directions since the Puritans settled New England. But the God they worshiped – attested in the Bible, sovereign in all things, and merciful toward sinners through the self-sacrifice of Jesus Christ – still captivates believers today.”

Today, his theology is making a surprising comeback, challenging the” me-centered” prosperity gospel of much of modern evangelicalism with a God-first immersion in Scripture. In an age of materialism and “made-to-order religion,” Calvinism’s impressionable doctrines and view of God as an all-powerful potentate who decides everything is winning over many Christians – especially the young.

Calvin’s influence on America’s founding is unmistakable. The nation’s patriotism, work ethic, sense of equality, public morality, and even elements of democracy all sprang in part from the Calvinist taproot of Puritan New England. When Calvinist preacher Jonathan Edwards told worshipers in 1741 that they were loathsome spiders held over the pit of hell by the gracious hand of an offended God, he wasn’t speaking a heretical creed but the basic vocabulary of American faith. It wasn’t until the 19th century that Calvinist doctrines waned.

“Christian fellowship is so much more than hanging out with friends,” says Claudia Anderson, a magazine editor. “It involves spiritual intimacy, support, learning, counseling, and stunning acts of kindness.”

Christopher Brown, a lawyer, concurs. “I came for the theology but stayed for the community,” he says. “As Americans, we’re so individualistic.

“Calvinism is ‘big picture’ Christianity,” says Allen Guelzo, the author of “Edwards on the Will: A Century of American Theological Debate.”“It is less interested in asking why God lets bad things happen to good people, and asks instead whether there have ever been any genuinely ‘good’ people.”