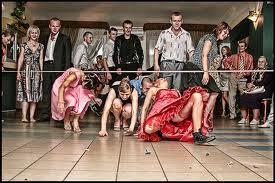 American students, educators, parents, and politicians wonder why does this nation’s test score results fall and keep falling year after year (exceptions do occur) with relation to other nations. To that we naturally admit we believe it is in the notion of the “Bar of Acceptable Standards.”

Sidebar: Think of the limbo or a high jumper; although the limbo participant is trying to avoid knocking the bar off its holding device going under the bar; and the high jumper is trying to jump over the bar without knocking it to the ground, there is one thing constant about the analogy: the Bar.

Therefore if we take the attitude and due-diligence that the athletes or the dancers take in training for that bar and its measurements and applied them to just about everything in life we would come up with “The Bar of Accepted Standards.” This correlation is widely used as the measuring stick for academic, social, and behavioral comparisons. In education the bar is referred to as (depending on what State) the “Standards of Learning” or “The Bar of Standards” which for all intents and purposes is a matrix of where a student is and what the student should be studying – learning.

There indeed must be a level, or measurement concerning what an illegal alien uses as a bar, or a

standard of measurement that would assist in accountability and responsibility with regards to their performance; otherwise, the entire process would be ad ridiculitum just as every other attempt since our nation’s founding has occurred. Folks there is definitely a problem when a state (AZ) needs to legislate as a result of a poorly managed, “inactive federal government” (USA).

In short then – how does an agency of the government measure the “allegiance” or dedication, loyalty, or commitment anyone, especially an illegal alien has with the United States?

All one need do is to simply ask themselves; “Are the standards (for almost everything) going higher or lower?” To our way of thinking the Citizenship Test (Civics) used to be 50 questions and was reduced by half; then 25 questions reduced to 10 and out of that ten questions one needs to get 6 correct. Moreover in the latest attempt at a bill the English language requirement has been expunged. These are those “Standards” that we keep referring too; and they just aren’t going up, rather they are being lessened.